We offer a range of services, all designed to help you and your organization reach its potential. Whether you're looking for a small tweak or complete overhaul, we have you covered. Our services are available a la carte so you can get precisely what you need.

providing Educators, Boards & investment clients with sound advice and direction based on experience and research.

Identifying your path to goal attainment

Ty G. Jones is an Advisor, Advocate and Educator. He began working in the financial services industry while in high school in banking operations and later obtained his securities and insurance licenses. He also shared his passion of mathematics with students in Dallas ISD, Duncanville ISD, Lancaster ISD and Grand Prairie ISD. His passion for mathematics, the students and communities he served ushered him into the world of elected officials, Lancaster ISD Board of Trustees.

As an advisor, he works collaboratively with businesses and individuals to identify their financial goals and develops plans incorporating insurance, investments and controlling taxes and assist them in executing the plan. While attending the University of Houston, he was introduced to the mutual fund industry while working in operations at AIM Investments. Upon graduation and relocating to North Texas, he joined American Express Financial Advisors and began to learn more about the securities industry. He obtained his life and health insurance license and securities licenses-Series 7 and Series 63. He began a partnership with a local tax preparation firm, where he served those clients' investment and insurance needs and began preparing taxes, as well.

As an Advocate, he was first elected to the Lancaster Independent School District in May 2011 and was unopposed during his May 2014 and May 2017 bids for re-election. After serving his first year on the Board, he was elected as Board President and re-elected to the officer position for a total six consecutive years. In 2014, he completed Leadership TASB, a unique board development program designed to take experienced board members to a new level of service and leadership. His work through Leadership TASB, the collaborative work with the Lancaster ISD Team of Eight, and passion to ensure the district’s mission is realized inspired him to become an advocate and ambassador for Lancaster ISD and public education nationally. Through his work as an advocate and ambassador, he has had the opportunity to speak at the Texas Association of School Boards (TASB), Texas Association of School Administrators (TASA) and the National School Board Association's (NSBA) annual and regional conferences beginning in 2014 and continues advocating for public education and empowering trustees in the areas of board leadership, data analysis, organizational management and board governance. Also during his time as President of Lancaster ISD Board of Trustees and the district experienced many successes due to the collaborative efforts of the Board of Trustees, Superintendent, Students, Staff and Community. Below is a list of some the successes:

As an Educator, he has served in positions ranging from a classroom teacher to K-12 Coordinator of Mathematics to a Coordinator in the area of assessment and research. He provides professional development focusing on data analysis, pedagogy and math content. He has also served as textbook advisor and reviewer for the 2006 MacMillan-McGraw Hill Texas Mathematics textbook adoption. He also provides Team of Eight training and consulting to school boards throughout the nation.

He is a proud product of public schools. He is graduate of Skyline High School (Dallas, TX) and obtained degrees from Navarro College, University of Houston and the University of Texas at Arlington.

Each organization is unique. One-size-fits-all approaches will never help you or your organization to reach its full potential. We analyze metrics to deliver custom solutions, tailored to you – your goals, your vision, your one-of-a-kind challenges. 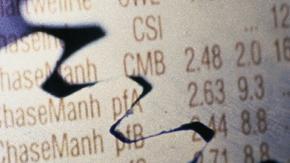